Since the establishment of the Nursery, a long-term master plan for the new farm at Charbrook has been undertaken. Located one mile down the road from the old Stimson Farm, and connected by pasture and swamps, Charbrook occupies twenty acres of field, forest and wetland. Town land to the east is managed through haying, while the north and west is bound by the Massachusetts State Forest. The Mid-State Trail runs through the nursery hayfields, and connects both farms to trails at the nearby Audubon Sanctuary. The re-introduction of livestock and grazing will support the management of the farm’s meadows. 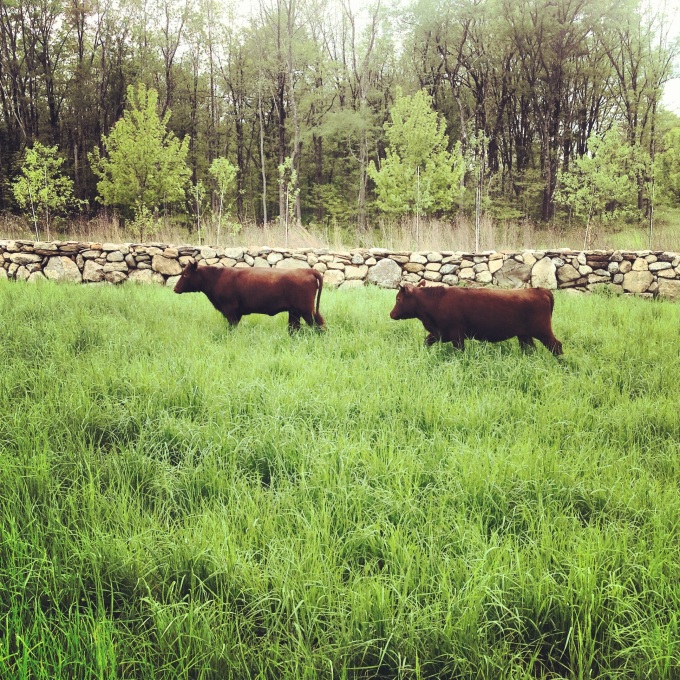 Two heritage breeds were carefully selected for their rare and endangered status and the mission of preservation. American Milking Devon cattle, a triple purpose breed, are raised at Charbrook primarily for dairy. The American Milking Devon originated from the 17th century British North Devon cattle that were brought to New England on colonial ships. Milking Devon were at one time the most prolific cattle for dairy, meat and draft power, but have since become extremely rare. They are considered one of the oldest and purest breeds of American cattle in existence.

The Herdwick breed of sheep are native to the Lake District of Northwest England, and were particularly threatened in 2001 when the foot-and-mouth outbreak occurred in the UK. Charbrook’s breeding of Herdwicks is a preservation effort to bring this hardy sheep to the U.S., a program based on the original efforts of a shepherd in Oregon, who started the AI process of cross-breeding Herdwicks in 2008. Charbrook is proud to be the third farm in the country to breed the endangered Herdwick cross sheep.

In addition to the livestock, Charbrook has a collection of heritage chickens for egg production. In the warmer months, the garden is filled with perennials, cutting flowers and organic vegetables. All of these undertakings provide the roots for seasonal events that we have been hosting since 2012. 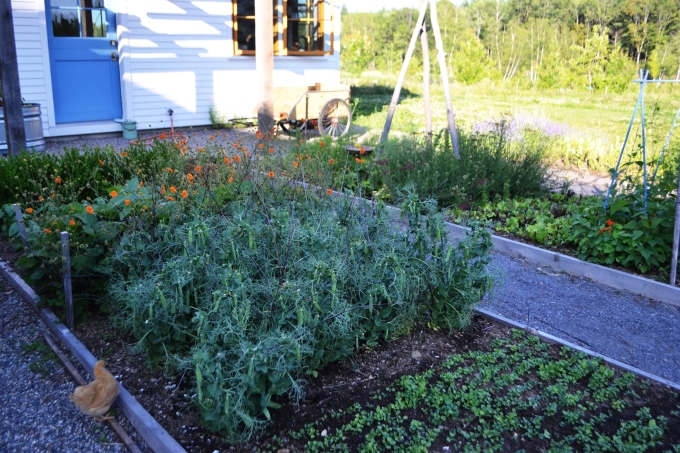 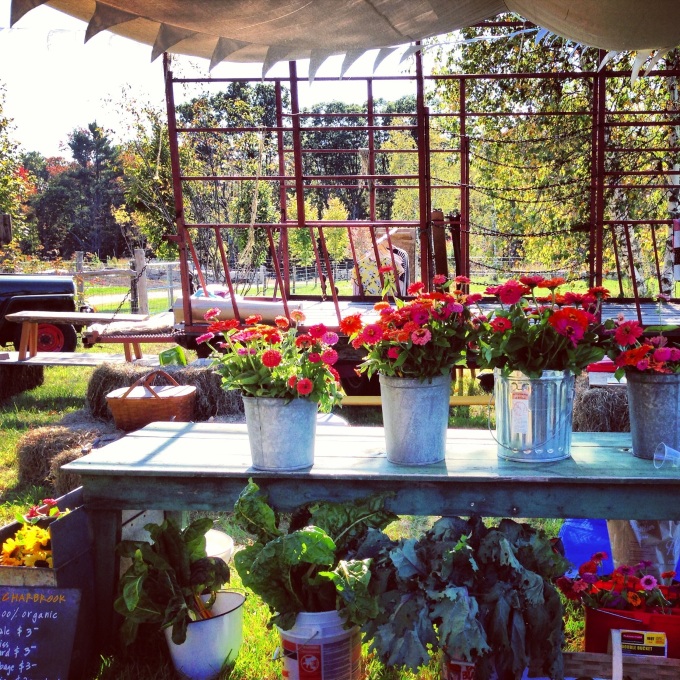 Charbrook is at the convergence of an active wildlife area and seasonal migrations. Hedgerows give form to historic field patterns, but also become highly productive areas for birds and animal activity. Edges of fields and large swaths of successional vegetation are left unmown to provide coverage for beneficial insects and fauna. Restoring hedgerows and planting new native cultivars that fruit and flower expands the biodiversity of common old field succession, while also enhancing the habitat for the regional wildlife. Historic stonewalls are being rebuilt, and an agricultural arboretum and demonstration plots for indigenous plant communities are a work in progress. Charbrook is a project that has the potential to transform old farmland with new growth, form a partnership with the profession of landscape architecture, and become a new model for living and working within the New England landscape.